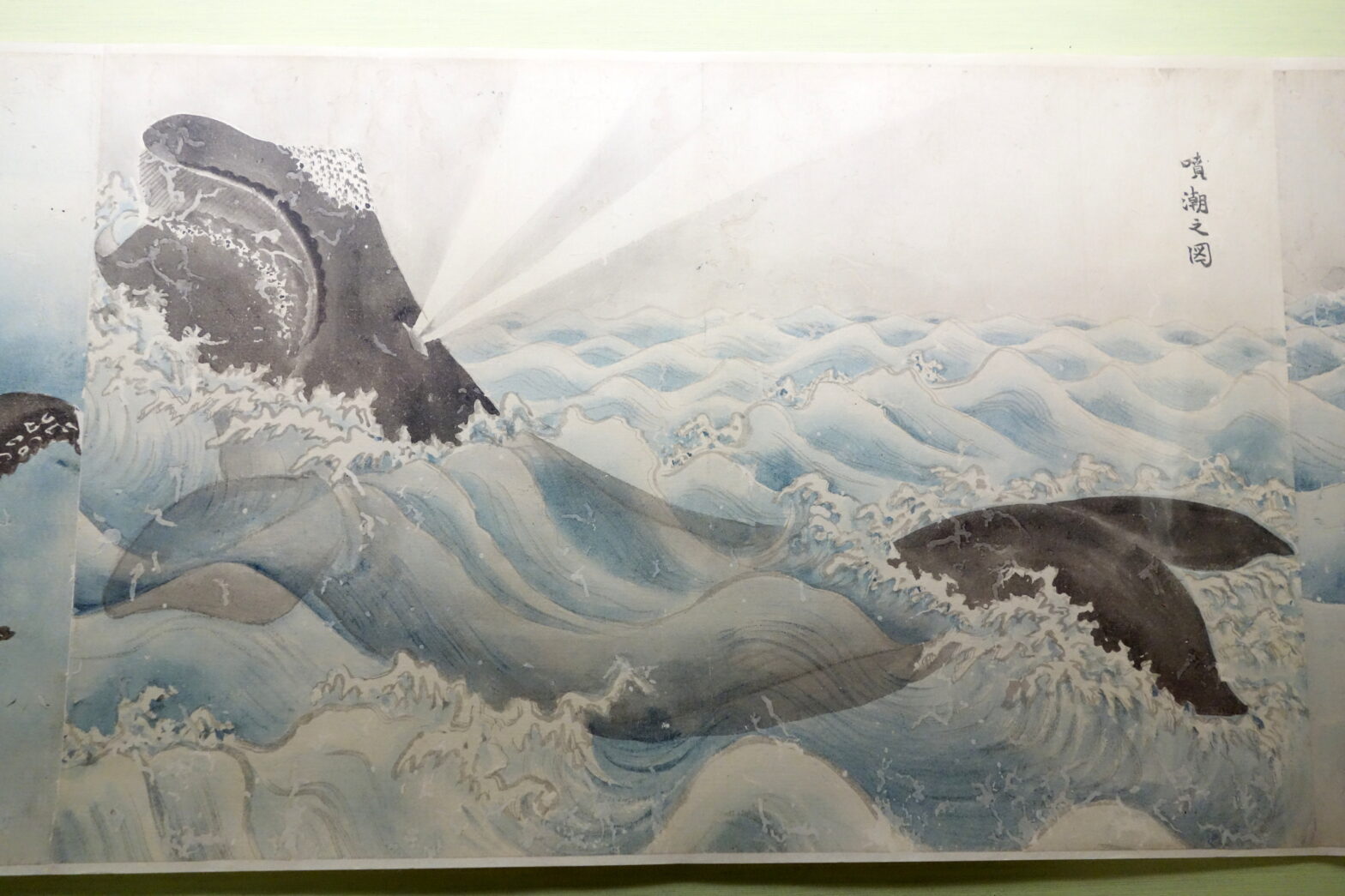 I loved this book. But this isn’t about my feelings; this is about how Melville wrote a truly radical book, a book that turns the world upside-down, one of the Best. Books. Ever.

Moby Dick begins as the story of a fastidious Yankee schoolmaster who signs onto a whaling voyage but finds himself in the realm of topsy-turvy. At first he is terrified and disgusted by his boarding house’s filth and by his bedmate, Queequeg, a South Pacific cannibal, idolater, and tattooed guy. But Queequeg’s affection, integrity, and bravery destroy many of our whaler’s prejudices about race, nation, religion, and relationships between men: “Thus, then, in our hearts’ honeymoon, lay I and Queequeg—a cosy, loving pair.” He even consents to worship Queequeg’s little carved idol Yojo: after all, if his own Presbyterianism demands that he do unto others blah blah blah, and if he would have Queequeg join his own faith, “Consequently, I must then unite with him in his; ergo, I must turn idolator.” So far this is all charming, funny, and slyly subversive. But Melville’s project seeks to upset even more fundamental prejudices about humans, nature, and God: that these categories exist in hierarchy, that they are not interchangeable, and that they possess any discrete characteristics at all.

Our narrator tells us that whales are more or less fish, and that they are often deadly to their human hunters. This combination of baseness, bestiality, violence, and superiority in the whale unsettles the assumption of human ascendancy in the food chain, evolution, and/or God’s Creation. This is unsettling stuff; in a typically 19thC (and 20th) way, there follow dozens of approaches to understanding –and delimiting–the whale: biological, historical, fabular, anecdotal, commercial, religious, etymological, archaeological, all intended to quell uncertainty and establish a chain of command: man on top, fish bottom (even rejecting the possibility that such a brute of an animal could be a mammal). But Captain Ahab’s mission—to exact revenge on the whale who bit off his leg—upsets all of these rational claims.

“’Vengeance on a dumb brute!’ cried Starbuck, ‘that simply smote thee from blindest instinct! Madness! To be enraged with a dumb thing, Captain Ahab, seems blasphemous.’” A man who regards a fish as his antagonist also acknowledges a kind of equality with that fish: either the man becomes less a man, or acknowledges the fish as more than animal. Ahab does indeed blaspheme; in claiming Moby Dick as his enemy, his tormentor, his ambition, and his end, he rejects both the divine mandate in Genesis for men to dominate animals, and the supposed resemblance between God and man. His obsession puts his ship and sailors in the deepest danger: not of being killed, but of ceding their special relationship with God, i.e., their in/difference to animals, their humanity. And the sailors give it up, willingly, in stupendous cult scenes sealed with blood! If a man can give up the attributes that heretofore defined him as a man, choosing to seek equality with the non-white, the non-Christian….then why not seek equality with a fish? If this is madness, it is the madness of the utter destabilization of authority and identity: Ahab, devilry, Moby Dick, animality, humanity, and godlike aspirations—all are mixed.

In some of the strangest and most wonderful passages, Melville uses form to demonstrate the disintegration of the crew’s humanity: the intense characterization vanishes, to be replaced by theatrical choruses, incursions from one point of view into another, the occasional struggling return to a kind of documentary objectiveness, which gives way to further dissolution of reason (see our narrator’s impassioned rant on what Moby Dick means, personally, to him: whiteness itself, the very element of divinity and horror, according to him). As a character, our narrator virtually disappears: his confident first-person gives way, even his name ceases to be mentioned. Other characters persist, but increasingly do so only in worshipful apprehension of the whale—some numbly, some eagerly, but all of them looking forward to the whale’s coming as the denouement of their endeavor. Form unravels; human aspiration to godliness unravels; and our narrator, who has accepted a great many paradoxes and uncertainties, must finally suffer the consequences of his acceptance.

If Ahab is a portrait of a madman struggling between his bestiality and his sublimity, then what of the whale? The reader who has been tracking these disruptions will be waiting for Melville to recognize the whale’s rights as an individual being, to explore the moral implications of his uncanny anatomical , behavioral, and emotional likeness to men, and to feel compassion for his plight (our narrator’s increasing use of the epithet “poor whale” is telling); that is, we expect to see the whale humanized. But in the last pages of the novel, Melville accomplishes a wondrous feat: we see the whale not as humanlike, and certainly not as a mere symbol of any of these embattled traits, but as a whale qua whale, which is an animal, which is divine.

A gentle joyousness – a mighty mildness of repose in swiftness, invested the gliding whale. Not the white bull Jupiter swimming away with ravished Europa clinging to his graceful horns; his lovely, leering eyes sideways intent upon the maid; with smooth bewitching fleetness, rippling straight for the nuptial bower in Crete; not Jove, not that great majesty Supreme! did surpass the glorified White Whale as he so divinely swam.

And, “warningly waving his bannered flukes in the air, the grand god revealed himself, sounded, and went out of sight.”

The most confounding moment of all, when everything we understand of this world comes to its fulfillment, is when we see that Moby Dick is beautiful, that he is a happy whale who delights in his whalishness, that he has sea-fowl groupies who love him. He is the most powerful, lovely, destructive, peaceful, astonishing thing in the world. He has an existence of his own, self-sufficient, without regard for human intention, and inscrutable to human regard. He is a mystery who refuses to be understood by science or history. These are the attributes of God, and Moby Dick is a fish. To aspire to godliness is to aspire to fishiness. The human-God equation has been shattered.

In this world, what room is there for humans? Well. Ahab gets real mad at all this; he and Moby Dick tussle it out to the end. The Pequod sinks, taking down all the sailors; Tashtego, who’s climbed to the top of the mainmast, is last seen as an arm reaching over the waves: “at that instant, a red arm and a hammer hovered backwardly uplifted in the open air, in the act of nailing the flag faster and yet faster to the subsiding spar. A sky-hawk that tauntingly had followed the main-truck downwards from its natural home among the stars, pecking at the flag, and incommoding Tashtego there; this bird now chanced to intercept its broad fluttering wing between the hammer and the wood; and simultaneously feeling that etherial thrill, the submerged savage beneath, in his death-gasp, kept his hammer frozen there; and so the bird of heaven, with archangelic shrieks, and his imperial beak thrust upwards, and his whole captive form folded in the flag of Ahab, went down with his ship, which, like Satan, would not sink to hell till she had dragged a living part of heaven along with her, and helmeted herself with it.”

Only one man witnesses this last snub at heaven; one man survives utter dissolution, and he asks us to call him Ishmael.