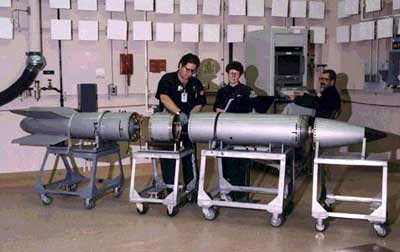 A wonderful, fast-moving, nonfiction book, from an underappreciated writer, about “the intersection of nuclear reality and religious vision,” written in the 1980s. If you’re interested in fundamentalist Christian discourses and/or political, economic, and cultural accommodation to the war machine, this is a must-read.

Mojtabai’s style is crisp and lucid (the introduction is maybe the best I’ve ever read), and her observations on fundamentalist Christianity so impressively succinct as to convince me that, from now on, any discussion I hear on the subject will only be a waste of my time. My only objections to the book? First, that the jacket copy suggests that the book will attempt to “balance” the technocratic and/or millenarian discourses with peace activist discourses, which it doesn’t: the book reports almost exclusively on the former. I didn’t mind this, because I’m already more aware of and sympathetic to peace activism, but I was surprised. Second, I object to the implication that liberal, beatitude-minded, anti-war Christianity somehow approaches the “truth” of Christianity in a way that conservative/reactionary Christianity does not. While I greatly prefer the values of the former, I find the championing of those values as truer to the spirit of Christianity to be just as arbitrary and textually indefensible as the values themselves are, to me, morally superior. For a liberal, this is a self-defeating and dangerous discourse: it reifies the authority of the Bible as a determinant of “truth,” and, as such, unwittingly justifies the attempts of fundamentalists to turn really awful Biblical injunctions into political reality, in the name of that same truth.